The Airport is recently relocated from HAL Bangalore International Airport to Devanahalli, Bangalore North. This is 40kms from the city that has a development size of 4000 acres. This Airport’s original name is Bangalore International Airport. Which is located in Devanahalli a prime suburb in North Bangalore. The Airport is sprawled on 4000 acres of land parcel. In the later stages, the Airport was named Kempegowda which is named after Kempegowda the founder of Bangalore.

This Airport was first incepted in the city in May 2008 to reduce the blockage caused at HAL Airport. As this is one of the prime areas in the city the area used to quickly get blocked. To avoid this the Airport was moved to Devanahalli. Among all the city Airport’s in Karnataka, this is the first fully solar-powered airport to be developed.

As per the passenger traffic, Kempegowda Airport is considered to be the third busiest in India and 29th busiest airport in Asia.

The airport has witnessed around 10.91 million passengers in the year 2020 with a maximum of 311 aircraft movements a day. For the year 2018, the Airport was awarded as the World’s fastest-growing airport with an average of 15 million annual passengers. 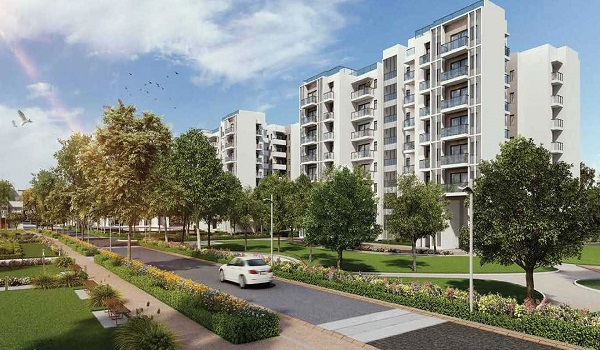 The Kempegowda Airport is differentiated from other airports by its customer-centric approach and other spectacular amenities.

The airport is located at Devanahalli which is grown up to the new hub in North Bangalore for its remarkable growth and improvements. The region has been appreciated significantly as the developments are enormous in this area. This is for its well-developed roads, framework and IT brands marching in the area. The proposed development in terms of connectivity and IT sectors are phenomenal.

Kempegowda International Airport is connected to the city through many different roads. One of the prominent roads is the NH44, a 6 lane flyover between Hebbal and Airport. This minimizes the travel time. There are alternative connecting roads that link Thanisandra and Hennur to the airport.

BIAL is in tie-up with other government firms and facilities that make the commuting smooth and seamless and are open for the public.

The airport is 789500.54 sqft in size and the Kempegowda International terminal can accommodate upto 2300 passengers during peak hours. The Airport has 24*7 operations as defined by IATA under any circumstances.